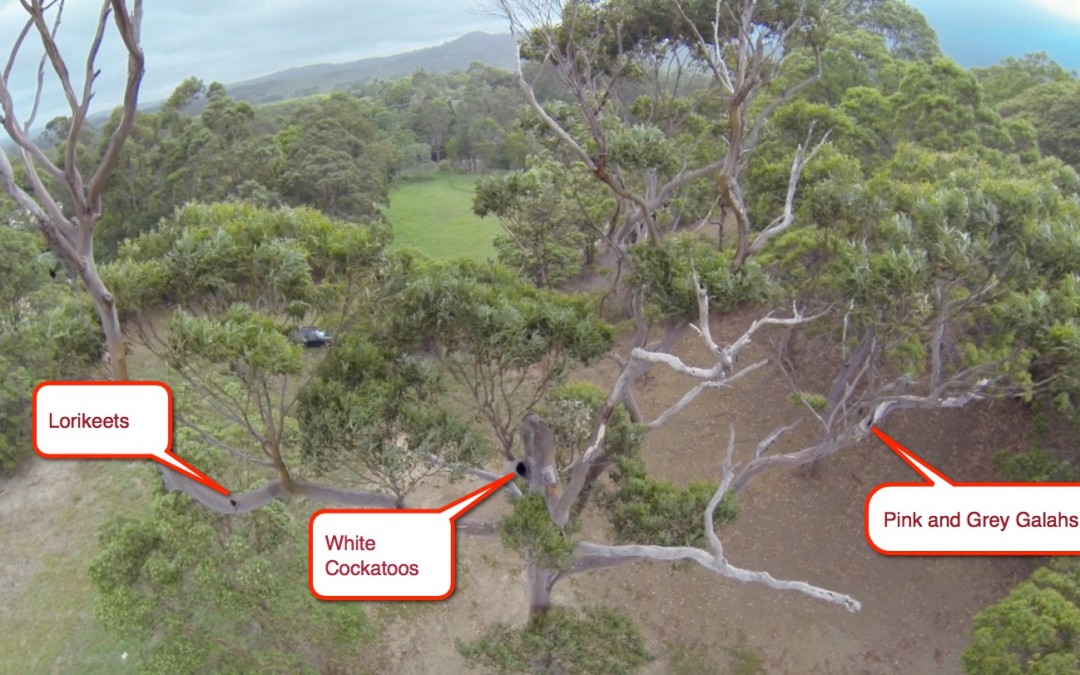 The Tallowood Ridge Estate developer has had an article published on the front page of the Echo this week. The article claims that the changes to the 3C DA ‘considerably reduces the size of the three lots proposed in Stage 3C and places the parts of the land in stage 3C that are forested to now be incorporated into the Shelter Belt along the ridge line.’

What the article fails to mention however is that the large White Gum that is home to parrots and gave the very street it’s name, will not be protected according to the investors who reached out to members of the community by phone this week to inform them of the proposed changes.

This tree can be viewed here: http://j.mp/whitegum

The council is still reviewing the DA and has not yet made the decision to approve it.

If the approval goes ahead it will be a shame for the Tallowood Ridge Community to lose such an iconic tree.

Is Tallowood Ridge Estate in Breach of the Court Hearing from 2010?

In 2010 Tallowood Ridge Developers took Byron Shire Council to the Land and Environment Court of New South Wales in order to attempt to overturn their denied DA application for Stage 1 of the Tallowood development. There had been a huge amount of public opposition to the initial plans, especially due to the developer lacking a master plan. The community was very concerned about the plan to build a road along the top of the ridge with none of the old growth trees protected.

The court hearing resulted in the protection of the ridge from a road build on it and the court stated that 3 public reserve Lots  would be created (Lots 31, 32 and 33). Some members of the community believe these lots already have been sold and are now being built on be new owners.

What is the benefit of a court hearing if it is not enforced by Council? It seems that the Council should not have approved these additional lots in the first place.

We hope to get a full explanation from Council on how this has occurred.

UPDATE November 28: After further investigation I have managed to find the drawing mentioned in the court case.  It can be viewed here LM070237-SP3. The 3 lots, 31, 32, and 33 are clearly shown on this map and are not ‘residential lots’ but rather ‘reserve lots’. There has been some confusion around the wording and numbering of lots in the various versions of the plans to lead some community members to conclude that the Lots were not actually reserved when in fact they have been as part of Stage 1. Stage 2 also has some lots numbered 31, 32 and 33 which is where the confusion began.

Membership is open to the general public and you can register by sending an email to info@tallowoodridge.org with your intention.

Once the paperwork is finalised and approved by the NSW Government, all the new members will be notified.

The founding office holders are: