The amended changes to stage 3C of Tallowood Ridge Estate in Mullumbimby do not “remove the potential to damage trees on the ridgeline” as claimed by the developer. A large, iconic Sydney blue gum habitat tree which is home to a range of parrots remains in the centre of one of the lots.

Concerned Tallowood Ridge residents and neighbours met on Thursday November 27th to review the amended lot sizes in stage 3C. Residents of Mullumbimby applauded the developers move to include some of the existing trees into the ‘shelter belt’ and hoped that it sets a precedent for the rest of the development.

Neighbouring lot owner Celeste Lees came to the meeting and said, “Preventing the removal of the large trees behind our place is great but the picture is still incomplete. We need the land to be dedicated as open space and accessed by all of the community who will be able to improve the quality of a habitat area that may eventually be linked up to existing plantings further along the ridge.” 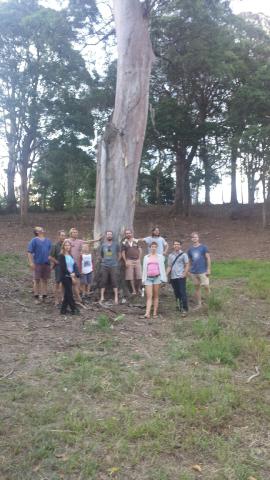 According to the NSW Threatened Species Conservation Act 1995, the ‘Loss of Hollow-bearing Trees’ has been determined by the Scientific Committee as a Key Threatening Process. The presence, abundance and species richness of hollow-using fauna are correlated with the density of hollow-bearing trees; suggesting that the availability of hollows is often a limiting environmental factor. E.saligna (aka the Sydney blue gum) produce many hollow bearing branches with age so it is an important species for hollow dependant fauna. When in flower the tree provides nectar resources for a diverse range of birds, as well as gliders and flying foxes. Seed is eaten by a range of parrots and it is a known feeder tree for Koalas.

As members of the community walked around the majestic blue gum, a family of cockatoos and galahs came home to roost. Clearly visible on the south side of the tree are scratch marks from koalas and other fauna that have climbed it.

New Tallowood resident Meggie Danielson said, “When we purchased in 2012 there was no mention that there would be an access way bordering our lot to further develop the ridge. Parakeet Place was a completed cul-de-sac and the real estate agent told us that the ridge would be protected koala habitat. I understand that sacrifices need to be made when developing new estates, but they should not be selling us loose promises if they are not going to follow through.”

On the Tallowood Ridge developer’s facebook page they posted an image of the amended lot sizes and said that “no trees including the large white gum tree will be removed or harmed”. It is unclear how the developer is able to make such a claim, since the clearing of trees or branches would be decided by the future owners of the Lot.

The new 50:10 fire ruling states that “the land owner can clear trees on their property within 10m of a home, this includes decks and attached garages.” Even if the new lot owner builds their small house further than 10m from the large tree, they will certainly want to cut off the dead and hollow branches which would be at risk of falling on people or assets in such a small space.

Due to the majesty of the habitat tree, it’s status as one of the only hollow bearing trees on the ridge and the potential risk it would place on a future land owner, all who attended the meeting strongly agreed that it would be highly reckless for the council to approve 3C as proposed by the developer. Instead, the community members would like to see the entire area of 3C proposed as public land and would like to support be involved in a revegetation project to support more local fauna.

If you are interested to get involved with the Tallowood Ridge Community Association learn more by visiting the website at http://tallowoodridge.org/. 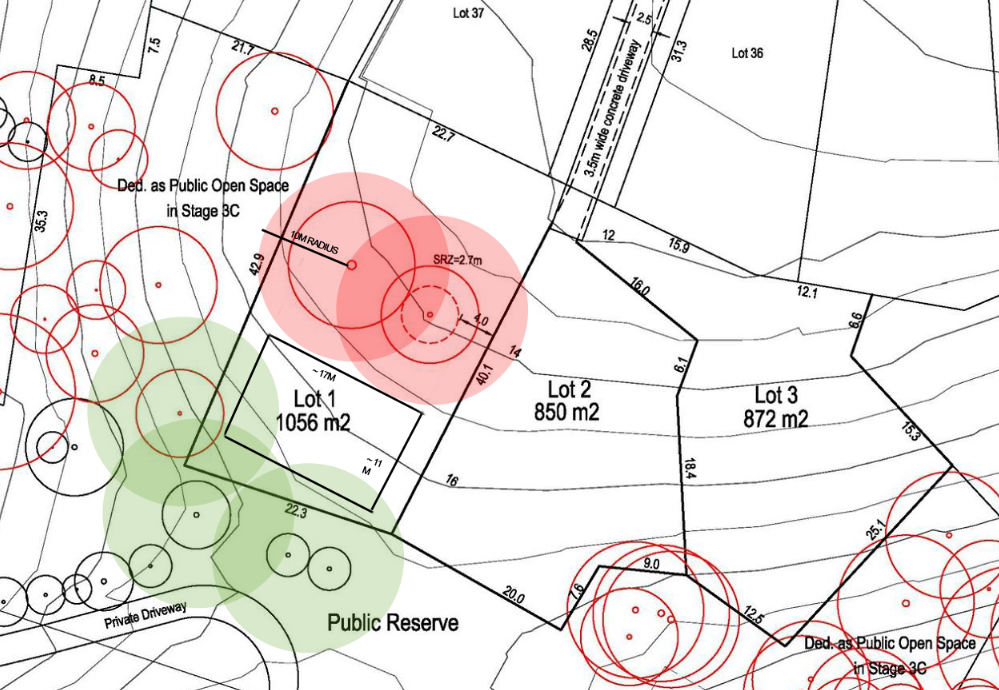